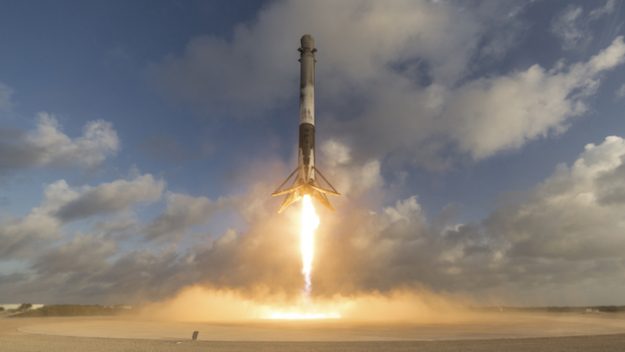 are positive constants. The rocket is launched vertically from rest. Neglecting all external forces except gravity, show that the final speed given to the payload, of mass

, when all the fuel has been burnt is

is the speed of the propellant relative to the rocket,

the initial rocket mass, excluding the payload. The initial fuel mass is

From my previous post “An alternative derivation of rocket’s flight equation“, we know in our present context,

The rocket’s flight equation now is

When all the fuel has been burnt at time

Exercise 2. Before firing, a single stage rocket has total mass

, which comprises the casing, instruments etc, with mass

, and the fuel. The fuel is programmed to burn and to be ejected at a variable rate such that the total mass of the rocket

, during which the fuel is being burnt, is given by

The rocket is launched vertically from rest. Neglect all external forces except gravity, show that the height

attained at the instant the fuel is fully consumed is

being the exhaust speed relative to the rocket.