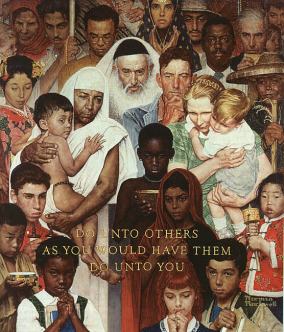 This post aims to explain mathematically how populations change.

Our first attempt is based on ideas put forward by Thomas Malthus’ article “An Essay on the Principle of Population” published in 1798.

Assume in a small interval

, births and deaths are proportional to

It follows that the change of total population during time interval

and taking the limit as

Since (1) can be written as

integrate with respect to

is the constant of integration.

. We have exponential growth if

and no change if

Qualitatively, our model (2) with

indicates this trend. However, it also predicts the world population would grow exponentially without limit. And that, is most unlikely to occur, since there are so many limitation factors to growth: lack of food, insufficient energy, overcrowding, disease and war.

Therefore, it is doubtful that model (1) is The One.

Our second attempt makes a modification to (1). It takes the limitation factors into consideration by replacing constant

are both positive constants.

is a monotonic decreasing function, it shows as population grows, the growth slows down due to the limitation factors.

This is the Logistic Differential Equation.

Let’s understand (5) geometrically without solving it.

are solutions of (5), since

, are where the curve of

intersects the axis of 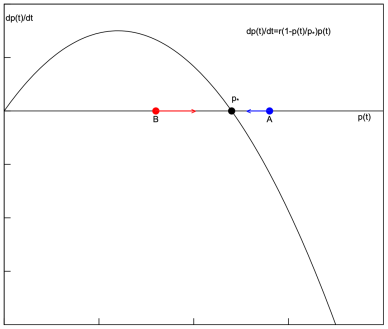 The model equation can also tell the manner in which

As an equation with unknown

, the solution of initial-value problem

behaves in the manner illustrated in Fig. 2.

on a concave curve. Otherwise, when

moves along a convex curve.  For

, the curve is concave first.  It turns convex after

Next, let’s solve the initial-value problem analytically for

Instead of using the result from “Meeting Mr. Bernoulli“, we will start from scratch.

Integrate it with respect to

is the constant of integration.

We proceed to show that (7) expresses the value of

(7) also indicates that none of the curves in Fig. 2 touch horizontal line

If this is not the case, then there exists at least one instance of

Reflected in Fig.1 is that

. They only move ever closer to it.

Last, but not the least,

You see things; and you say “Why?”

But I dream things that never were; and I say “Why not?”

George Bernard Shaw in Back to Methuselah

Let’s look at a few examples.

Example 1 Solving an ODE symbolically. The solution, a function, is evaluated at a given point. 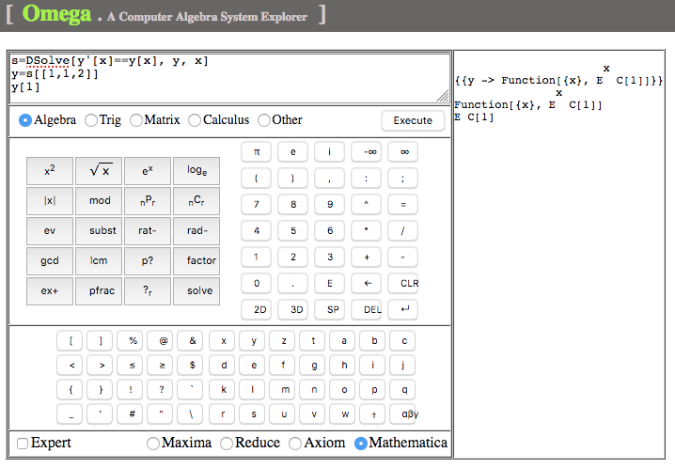 Example 2 Solving an ODE symbolically. Redefine a function and evaluate it at a given point.

Example 3 Solving an ODE initial-value problem symbolically. Get the value at a given point from the symbolic solution.

Example 4 Solving an ODE initial-value problem numerically. Get the value at a given point from the numerical solution. 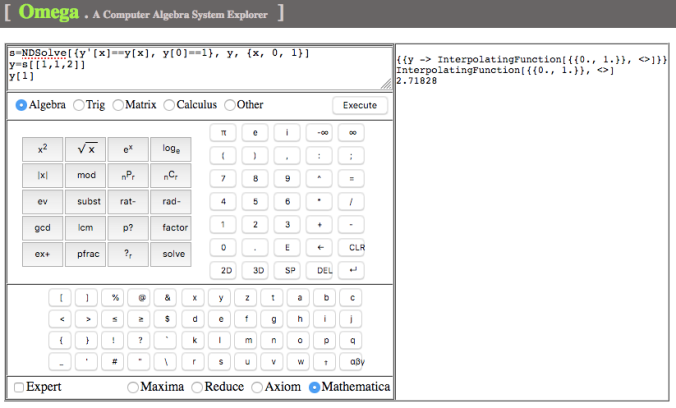 Regarding whether to specify ‘y‘ or ‘y[x]‘ in DSolve, the only decent explanation I can find is in Stephen Wolfram’s book “The Mathematica Book”. This is straight from horse’s mouth:

He then proceeds to give an illustration:

As expected, only y[x] is replaced.